The Maastunnel is one of the most outstanding structures in Rotterdam. It is also the oldest immersed tunnel in the Netherlands. With the start of the construction in 1937 (three years before the 2nd World War)  and the opening during the war In 1942. The Maastunnel in Rotterdam is well hidden in the river Nieuwe Maas.

In 1944 German soldiers put explosives on one of the car tunnels ceiling using the wiring for the trolleybuses. This way they could explode the tunnels if necessary. However thanks to three men of the resistance who cut the wires after three days from one of the dark tunnel chambers the tunnel in the Nieuwe Maas is still part of Rotterdam. 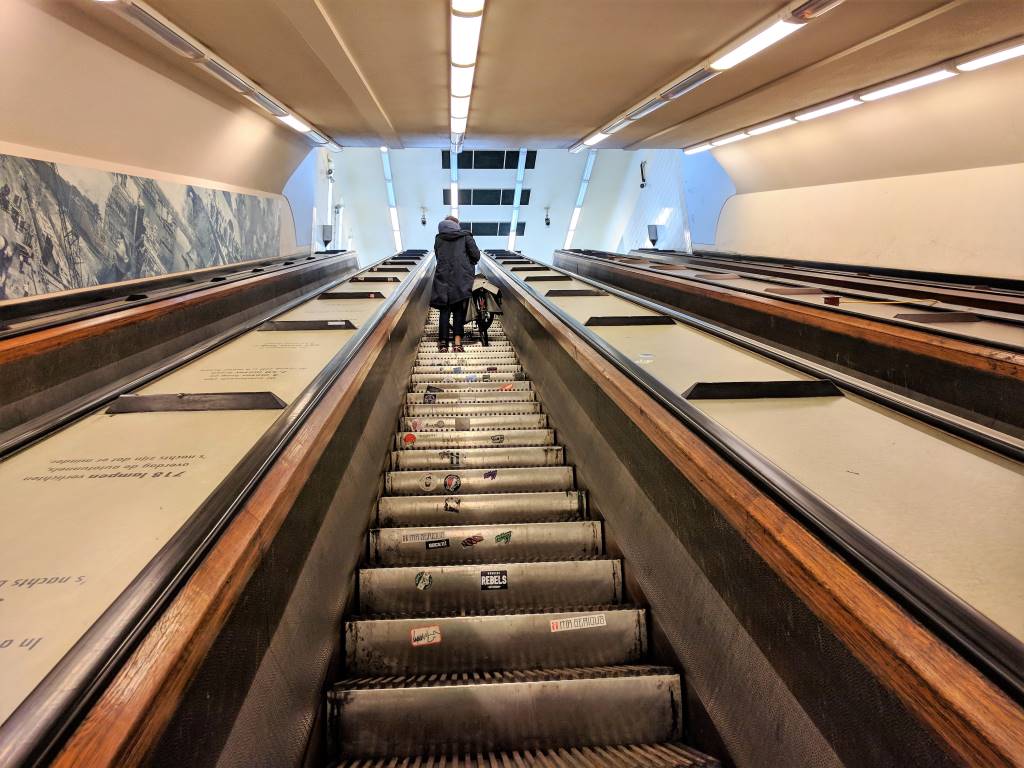 With back in 1937 the Willemsbrug (1878) and Koninginnebrug (1929) as the only connection points the Maas tunnel became the next connection between the North and South in Rotterdam. This mostly because of the traffic jams. Even too much for the many ferries to handle. So that explains the need for the Maas tunnel by architects J.P. van Bruggen and Ad van der Steur. A total of four tunnels form the Maas tunnel in Rotterdam. There are two car tunnels (1070 meters) with two lanes each. There is a bicycle tunnel (585 meters) on top of a pedestrian tunnel (585 meters).

The Maastunnel entrances are the white buildings with green rooftops. There are elevators but also the original escalators with wooden parts. Nearby is the Euromast Tower. Here are the locations North / South! 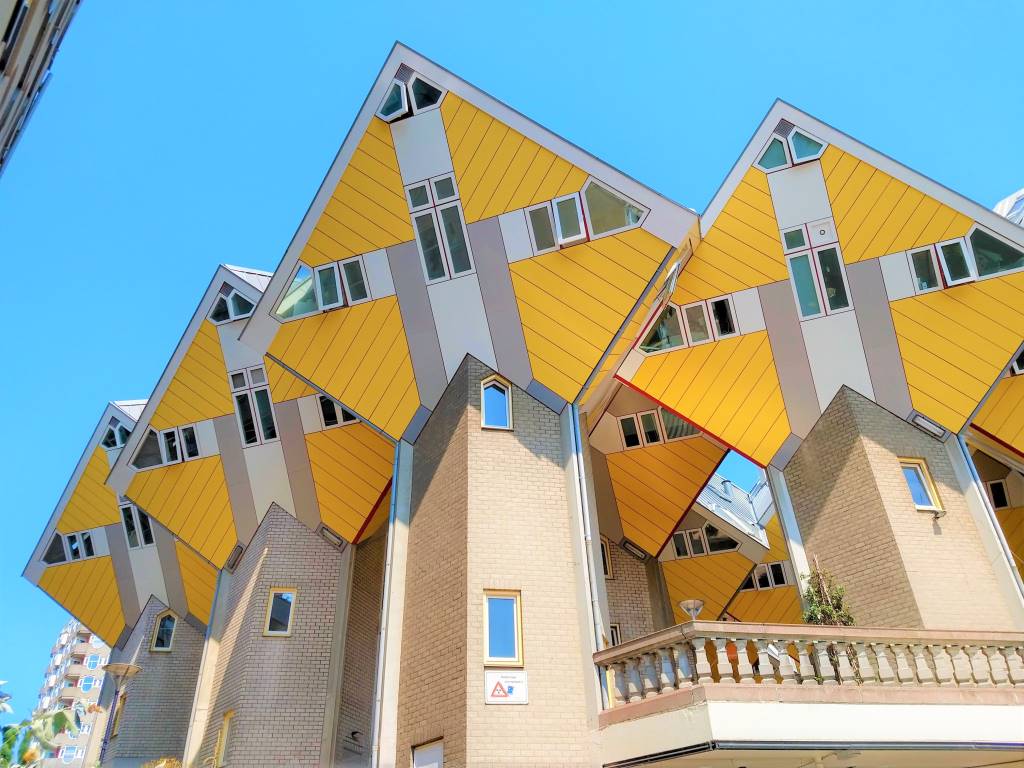 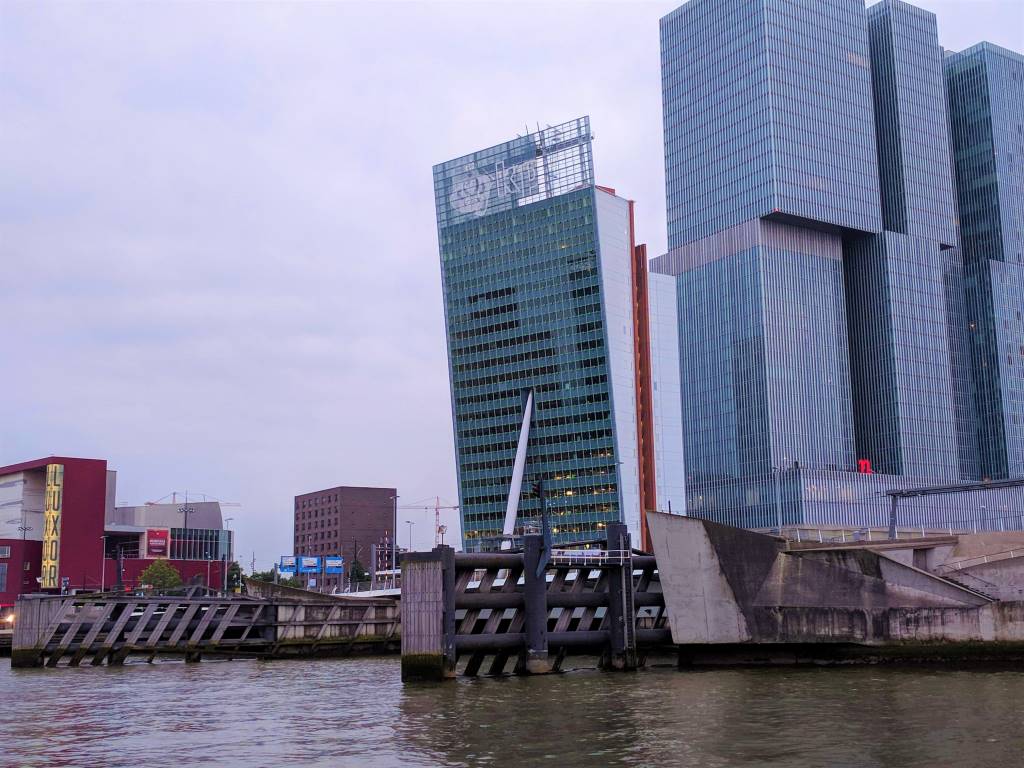 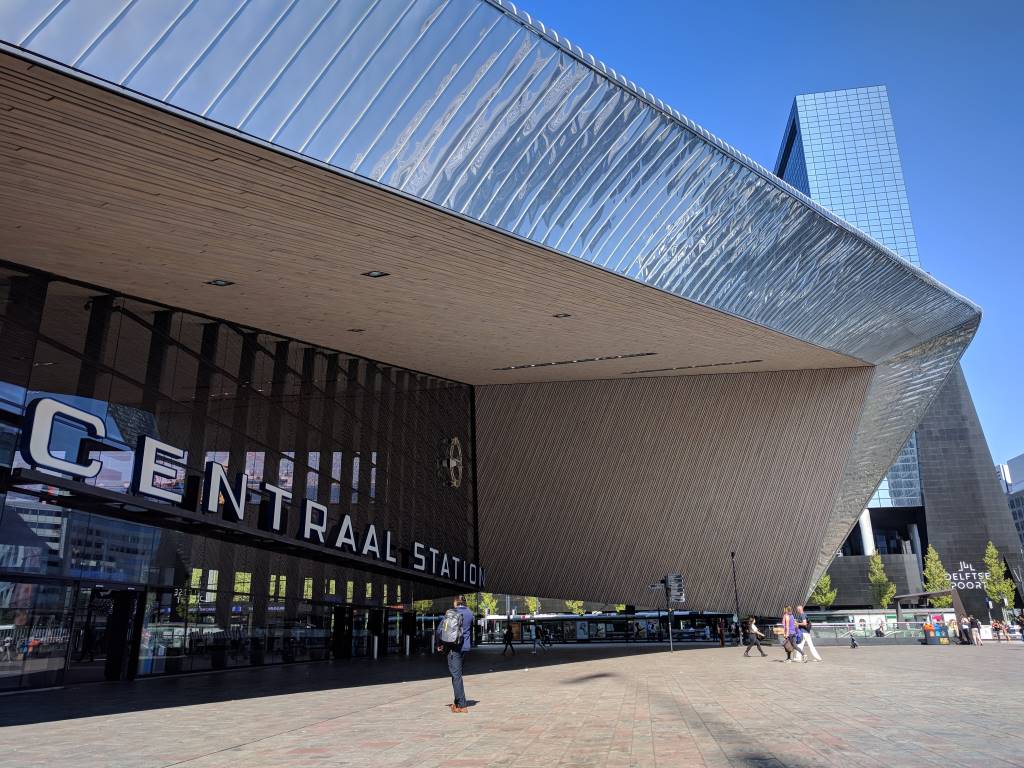