The former main Post Office in Rotterdam (1915-1922) is originally by architect Gustav Cornelis Bremer. Since the year 2000 an offical monument which stands next to the Rotterdam City Hall (1914-1920). Also both pre-war buildings at the Coolsingel in Rotterdam.

The architect went for a New Historicist style with Art Deco details. Therefore the reliefs on the outside walls have Egyptian influences. This is typical for Art Deco. The sculptor Joop van Lenteren with inspiration from findings at ancient Egyptian archeological sites make the reliefs look alive.

On top of the original iron doors are the words Posterijen, Telegrafie and Telefonie in golden letters. This means Post, Telegraphy and Telephony and stands for the old PTT. More or less there is a 25.000 m2 surface with a basement, 4 floors and an attic inside the former Post Office building in Rotterdam. The building is 70 meters wide.

Furthermore there are plans for luxurious apartments, a 5-stars hotel and shops inside the building. Perhaps with a 150 meters high tower in the back. This with the name Post Rotterdam. The use of Muschel limestone make the walls absorb dirt much easier. Especially all the car fumes from the busy roads around the building cause the dark color. Actually the original color is like the stones of the City Hall in Rotterdam. Those were cleaned in the year 2000 with a special laser technique.

Interesting fact is that the fascinating former Post Office (postkantoor) in Rotterdam is set to the back so that the City Hall remains the eyecatcher. Another intriguing fact is that most of the outside holes are actual bullet holes from the second World War. Above all that the McDonalds in front of the post office is one of the world’s fanciest McDonald’s (2016). Here is the location! 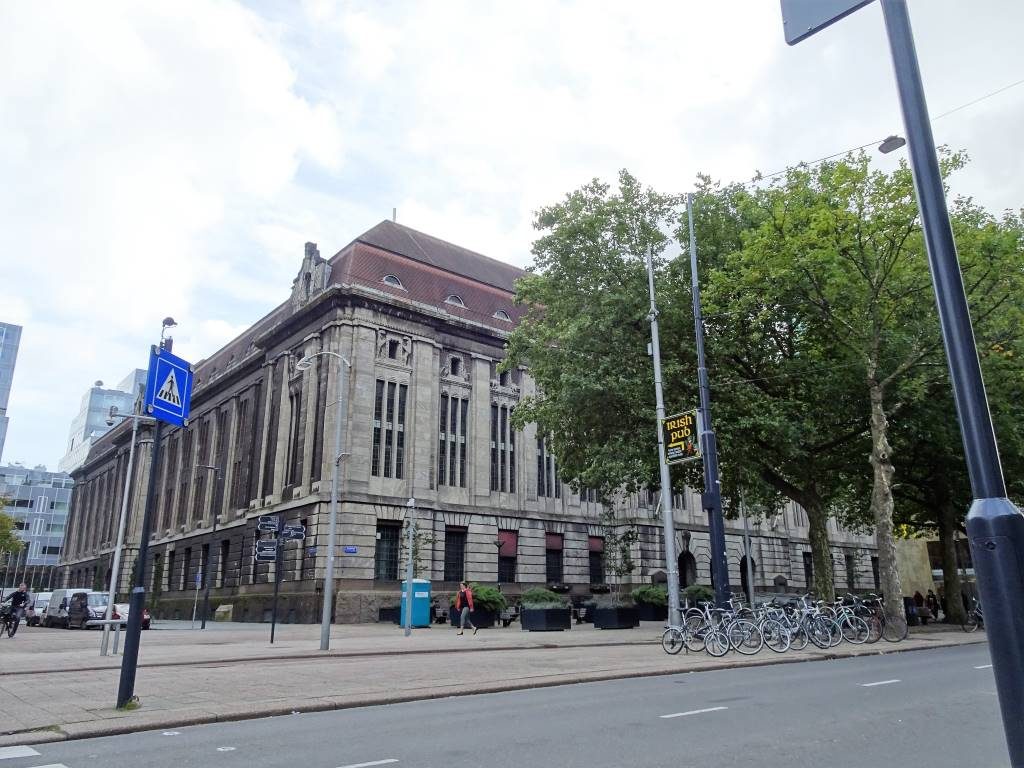