The World is the word

Originally built somewhere in the year 1968 as a cigar shop. The McDonald’s is at the popular Coolsingel street since the early 1970s. After the presentation of the new plans for the street without any of the existing pavilions the building still went through a do-over in 2015. Due to the lease for this location McDonald’s owns it until 2044. 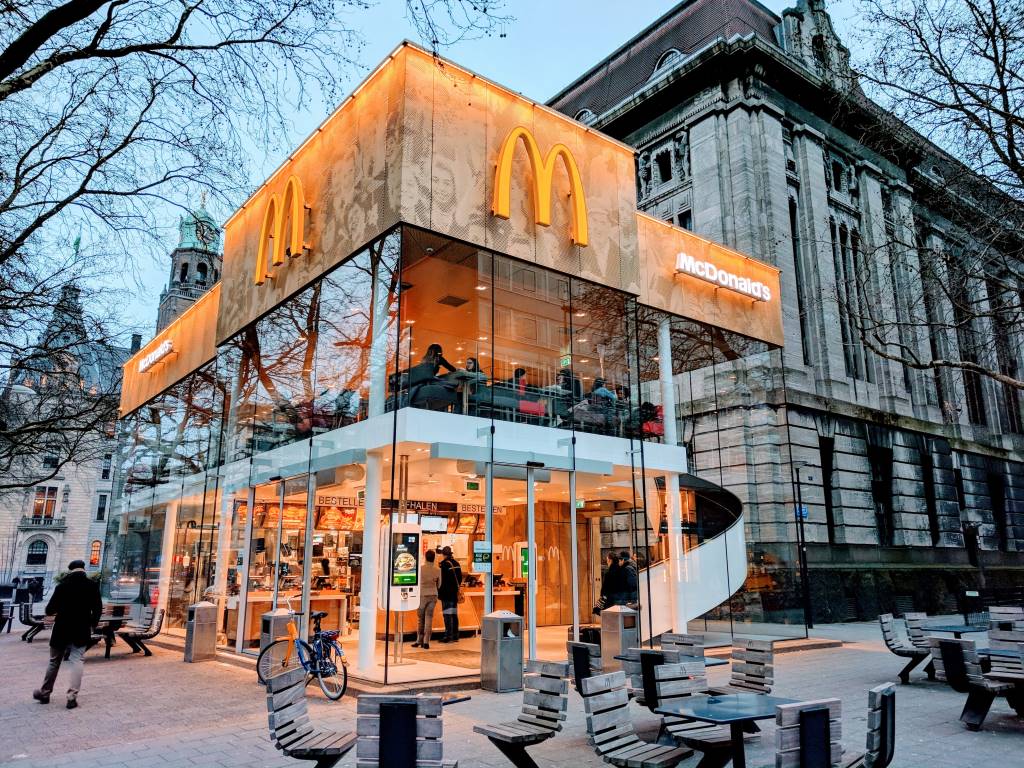 The new design is by Mei Architects and Planners. It contains a McDonald’s which invites shoppers during the day and attracts the nightlife crowd in the evenings. The outside seats are similar the already present street furniture elsewhere in the city. At nighttime it is a true glowing attraction.

Whether inside or outside the 6 meters high glass panels make the whole a see through space. There are entrances on 3 sides for a nice public flow. The perforated classy golden facade is made from durable and vandal proof aluminum. Inside a white spiral steel staircase connects both levels.

This design blends in very well with the rest and is now part of the city’s greatest architectural structures such as the Markthal and Central Station. The monumental Post Rotterdam behind the McDonald’s is certainly visible through its glassy looks. The images on the facade are from what seems a crowd and continue inside the McDonalds as well.

Is this McDonald’s at the Coolsingel in Rotterdam one of the world’s fanciest? Here is the location!