The De Reus van Rotterdam sculpture (2011) is the Giant of Rotterdam. It tells the story of Rigardus Rijnhout (1922-1959). The sculpture is by Herman Lamers.

With a lenght of 2.38 meters Rigardus Rijnhout carried shoe size 62 and weighed 230 kilograms. The bronze giant shows how tall he actually was. Furthermore the pair of shoes, chair and door point out the relative sizes.

The sculpture is a symbol of the underdog, but also for the growth of Rotterdam as a city. Although Rigardus often endured crowds of people teasing him, he always kept calm and friendly. Also a symptom of his growth disorder.

The De Reus van Rotterdam earned his money being a walking billboard. After his bicycle accident he sold postcards of himself sitting in a wheelchair near the Spido pier.

An other gigantic sculpture is Ongebroken Verzet by Hubert van Lith. The Giant of Rotterdam stands in the Oude Westen park. It is near his former house at the Gouvernestraat. Here is the location! 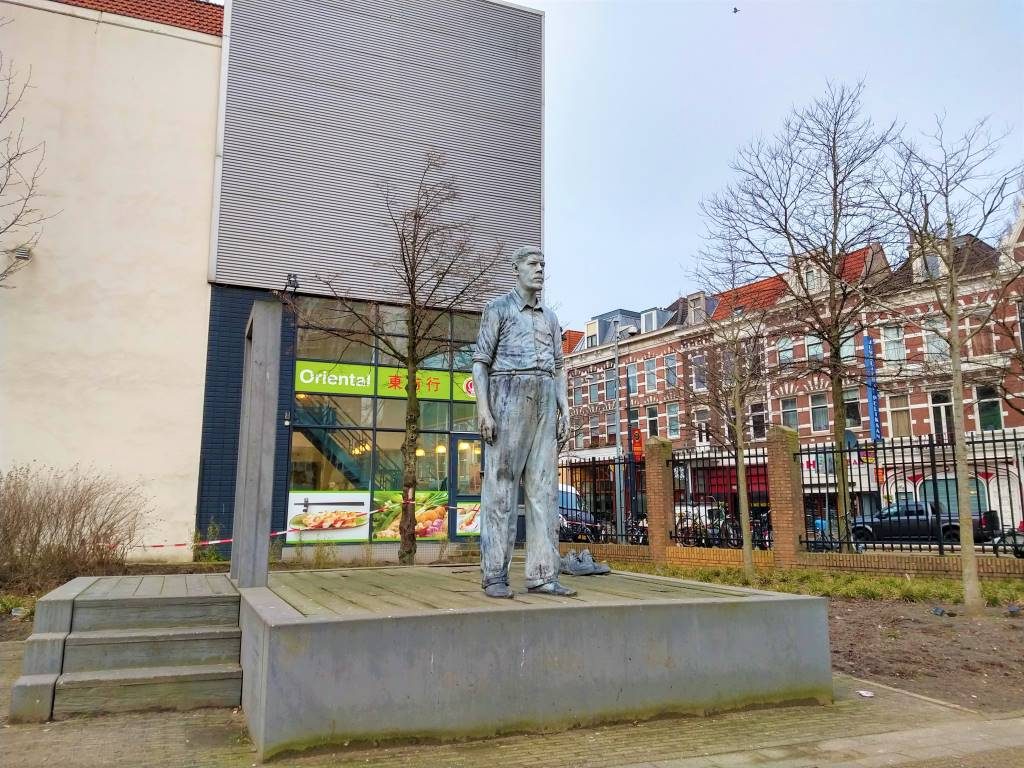