The bronze Ongebroken Verzet statue (1965) in Rotterdam is a war monument by Hubert van Lith. Its title means Unbroken Resistance.

The 2.80 meters tall monument symbolizes the Rotterdam resistance and the fallen ones during World War 2 (1940-1945). It shows a man still standing strong and fierce. With his eyes raised to the sky while facing execution by a firing squad. Also someone who has endured the sufferings from the camps seen from his torn clothes.

Most noteworthy is that the word Ongebroken is larger than the word Verzet. Because the people didn’t want the statue only symbolizing the Resistance but also all the fallen ones. As a sign of respect people still place flowers every year around the Ongebroken Verzet statue in Rotterdam.

Also part of the Westersingel Sculpture Route is the totally different Santa Claus sculpture. Here is the location! 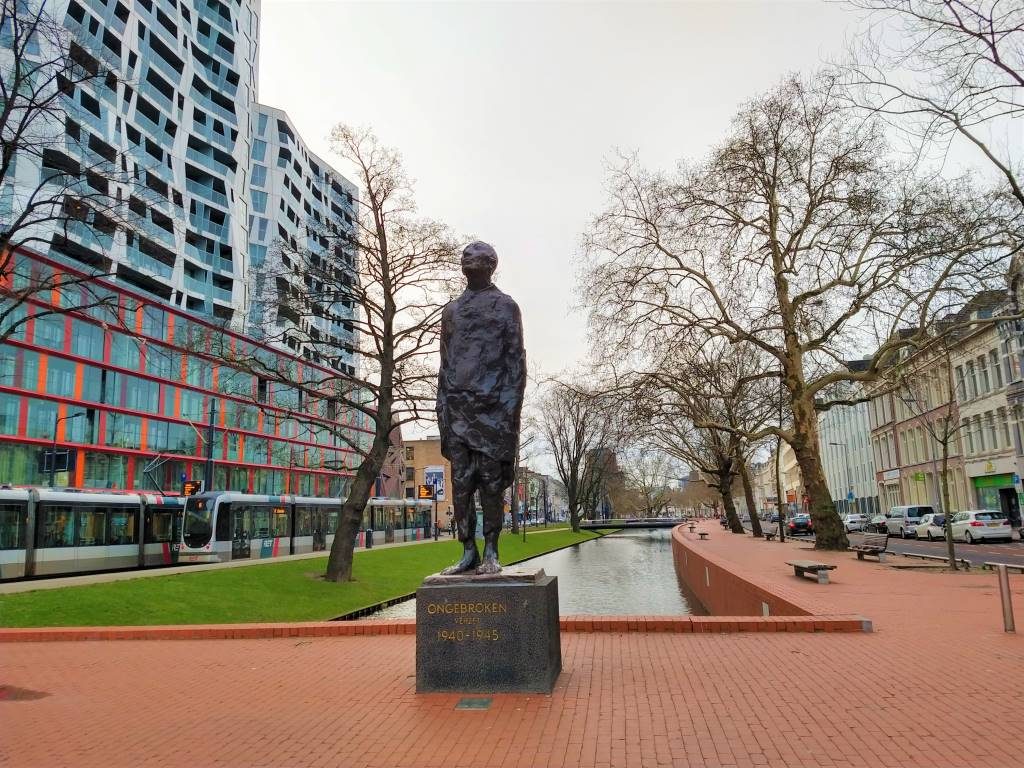