No bridge too far

Becasue of the 90° curves on both sides this Willems bridge kept nearby Northern and Southern areas in Rotterdam intact. Altogether the Willems bridge stretches 270 meters over the Nieuwe Maas with a width of 34 meters. Both the pylons reach 55 meters into the sky

In 1874 former Dutch King Willem III put the first stone of the very first Willemsbrug in Rotterdam. That green Willems bridge by architect C.B. van der Tak had a length of 326 meters. Already in 1884 with rails for a horse tram and in 1904 rails for an electric tram. Until 1942 the Willems bridge was the only way towards North and South for pedestrians, bicycles, cars and trams.

A former city connector is the De Hef in Rotterdam. The Willems bridge also connects the Noordereiland with North Rotterdam. Here is the location! 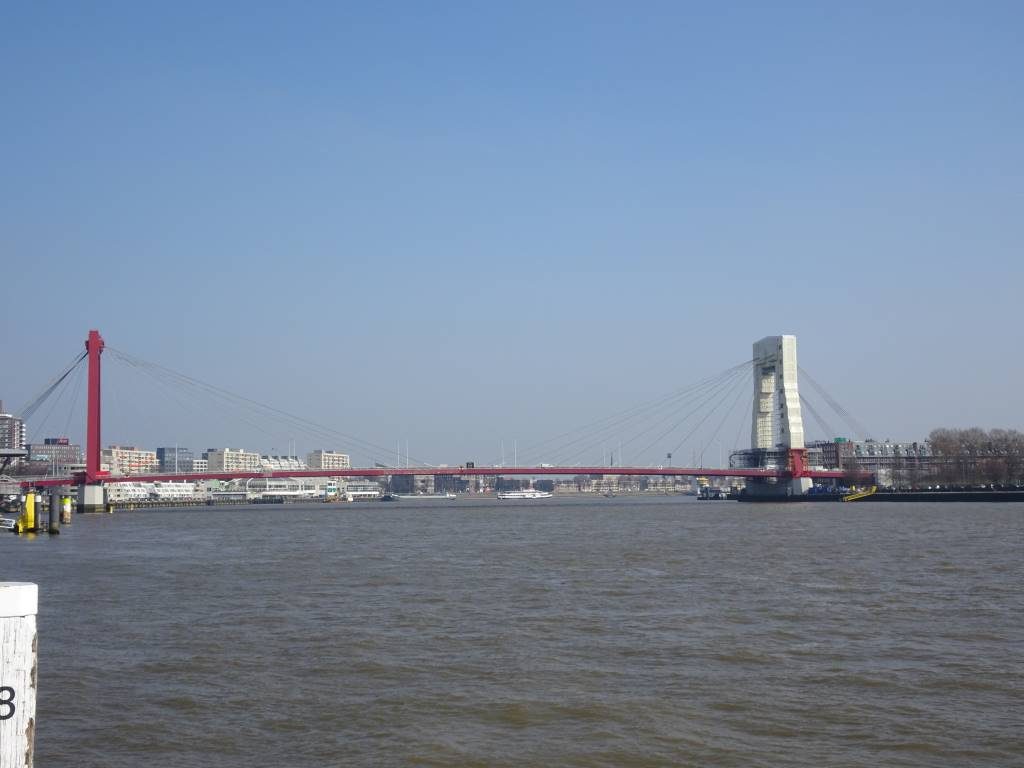