A bridge for the King

Until 1993 trains in Rotterdam went over the Koningshavenbrug. Since then trains go through tunnels in the Nieuwe Maas river. In Rotterdam the Koningshaven bridge is mostly popular as the De Hef. Because it is a lift bridge from 1927. The De Hef part stands for lift.

Actually from 1877 until 1927 the Koningshavenbrug in Rotterdam was a swing bridge causing a smaller passage. As a result many ship-collisions against the bridge pillars. With the last collision in 1918. Hence the decision for a lift bridge by the engineer P. Joosting.

During World War II the De Hef in Rotterdam was damaged and fixed for the trains. Nowadays the bridge is a monument. The lift part is 52 meters long and moves up 45 meters. Still the bridge decks in the Nieuwe Maas river are from 1877. The highest point of the bridge is at 70 meters.

Next to the De Hef in Rotterdam is the Koninginnebrug from 1929. Especially by night De Hef looks great with all the light decorations. Here is the location! 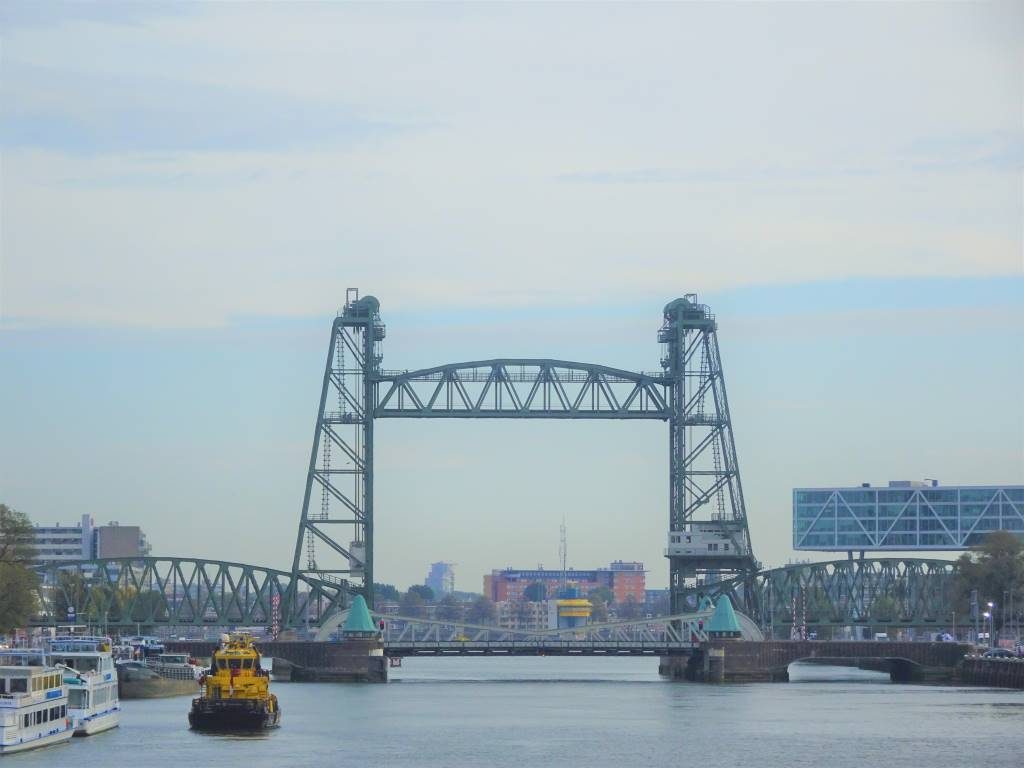