A bridge for the Queen

Since 1876 the Koninginnnebrug (Queens Bridge) connects the Noordereiland (Northern Island) with the South of Rotterdam. While the old Koninginnebrug was a swing bridge, the new bridge (1929) is a double bascule bridge. As a swing bridge the ships had difficult times passing the narrow passage. Also not ready for tram rails. Hence the decision in 1924 for a new Koninginnebrug over the river Nieuwe Maas in Rotterdam.

The current Koninginnebrug in Rotterdam is a double bascule bridge with counterweight of 800 tons in each part. Back in the days bridge keepers operated the bridge from the four control rooms with the green copper roof tops. Nowadays this happens from the command center next to the Erasmus bridge on the Wilhelminapier. The design is by the architect A.H. van Rood. Also a national monument and in 1929 the biggest double bascule bridge of West-Europe.

From the Koninginnebrug the view of the Maastoren is also worth a visit. Here is the location! 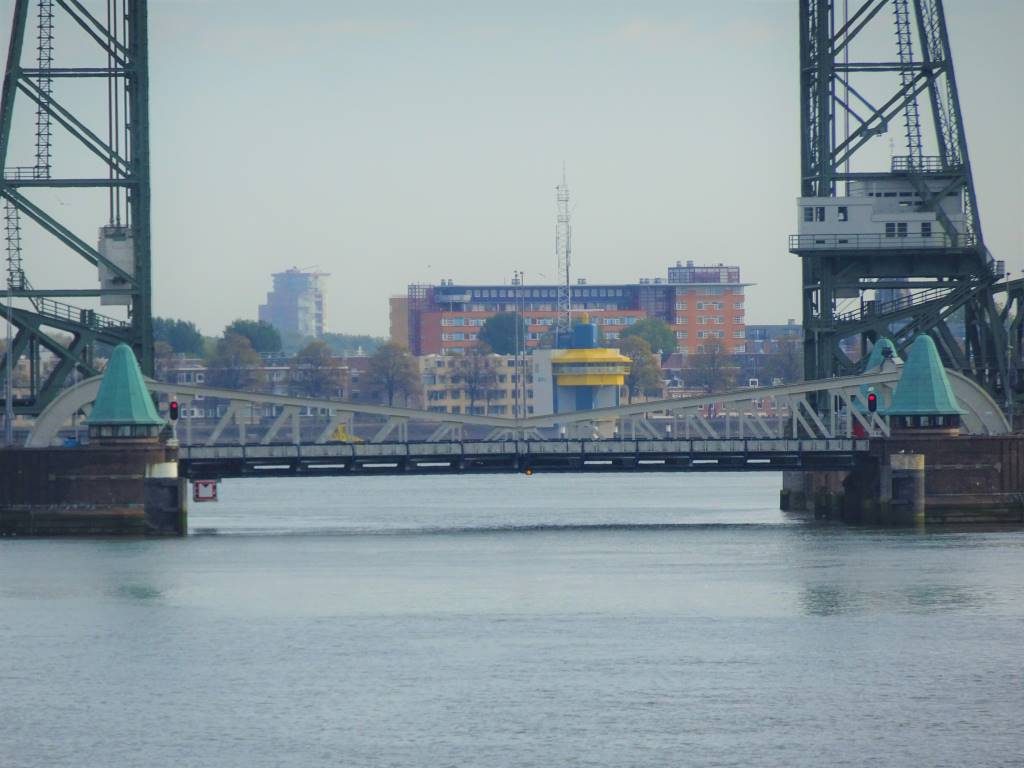