The Montevideo tower in Rotterdam carries the same name as the capital city of Uruguay in South America. It is in the Kop van Zuid neighborhood and built from 2003-2005. The name refers to a warehouse once in the area. The big letter M on top stands for Montevideo but also the river Maas. A very important river for the port of Rotterdam. Without the Maas, Rotterdam wouldn’t be the same. The Montevideo is by architect Francine Houben.

The building is with the letter M 153 meters high. Without the letter M the Montevideo only reaches 139,5 meters. The 3-dimensional letter M on top functions as a weather vane and therefor rotates. Depending on the stand of it one can also know the wind-direction. So at different times the M can be seen from differents angles.

The Montevideo in Rotterdam includes 192 appartments spread over 43 floors. With even two more floors for parking under the building. There are the so called sky- and city-lofts but also water-appartments. The sky-lofts because of the breathtaking views the different lofts provide. The water-appartments are closer to all the activity on the river. All combined with a shared terrace, swimming pool, sauna and gym. Aside of appartments there is also office space.

The Montevideo received several awards for its design. Mecanoo Architects, the agency of the architect Francine Houben, won the “International Highrise Award 2006” and the “Dedalo Minosse 2006”. The Montevideo is the third high-rise construction on the Wilhelminapier. Together with the World Port Center part of the Kop van Zuid neighborhood. Here is the location! 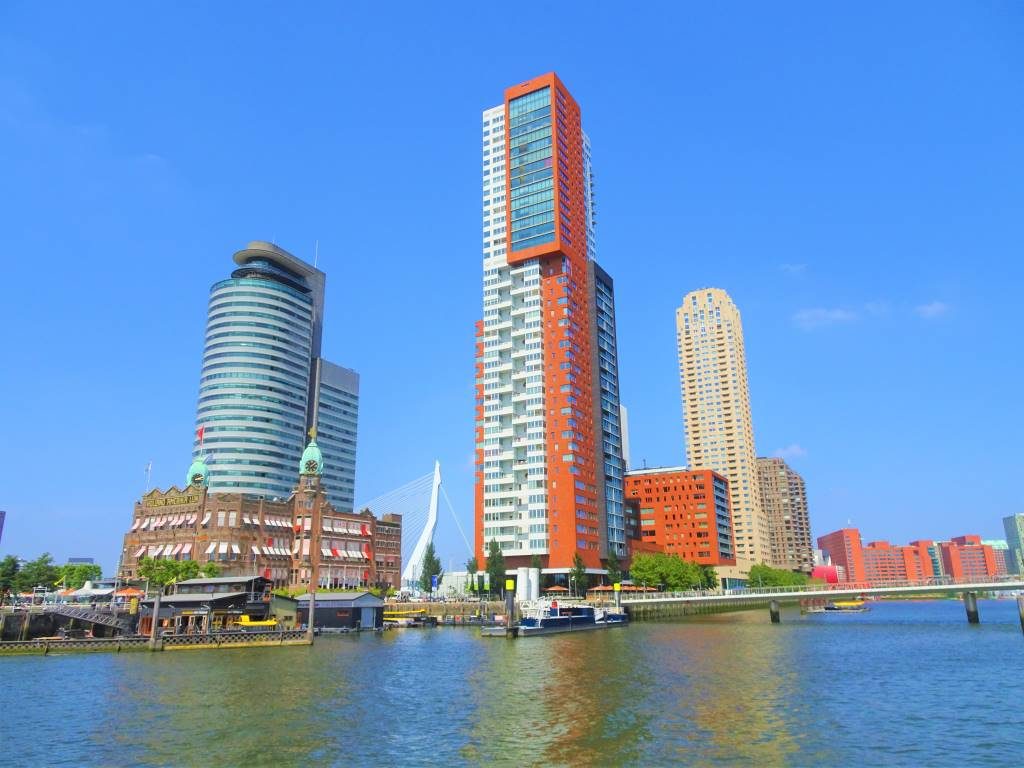